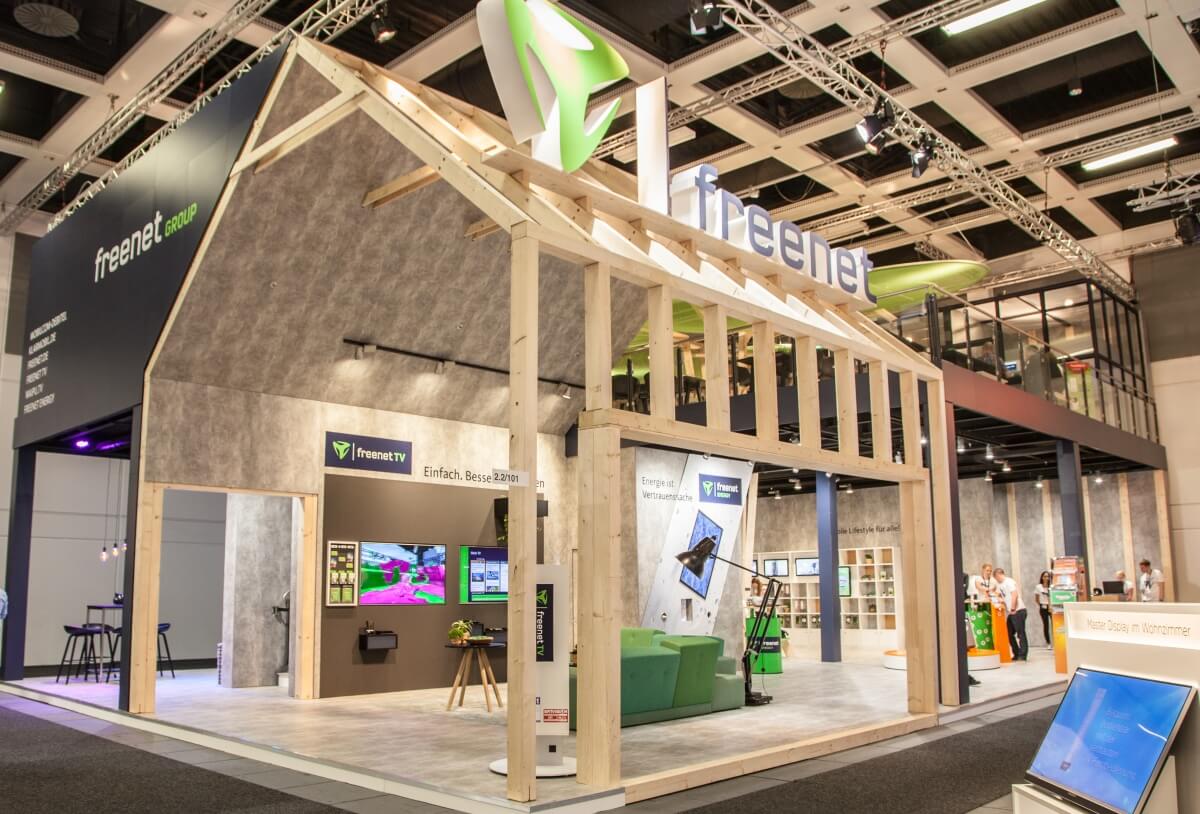 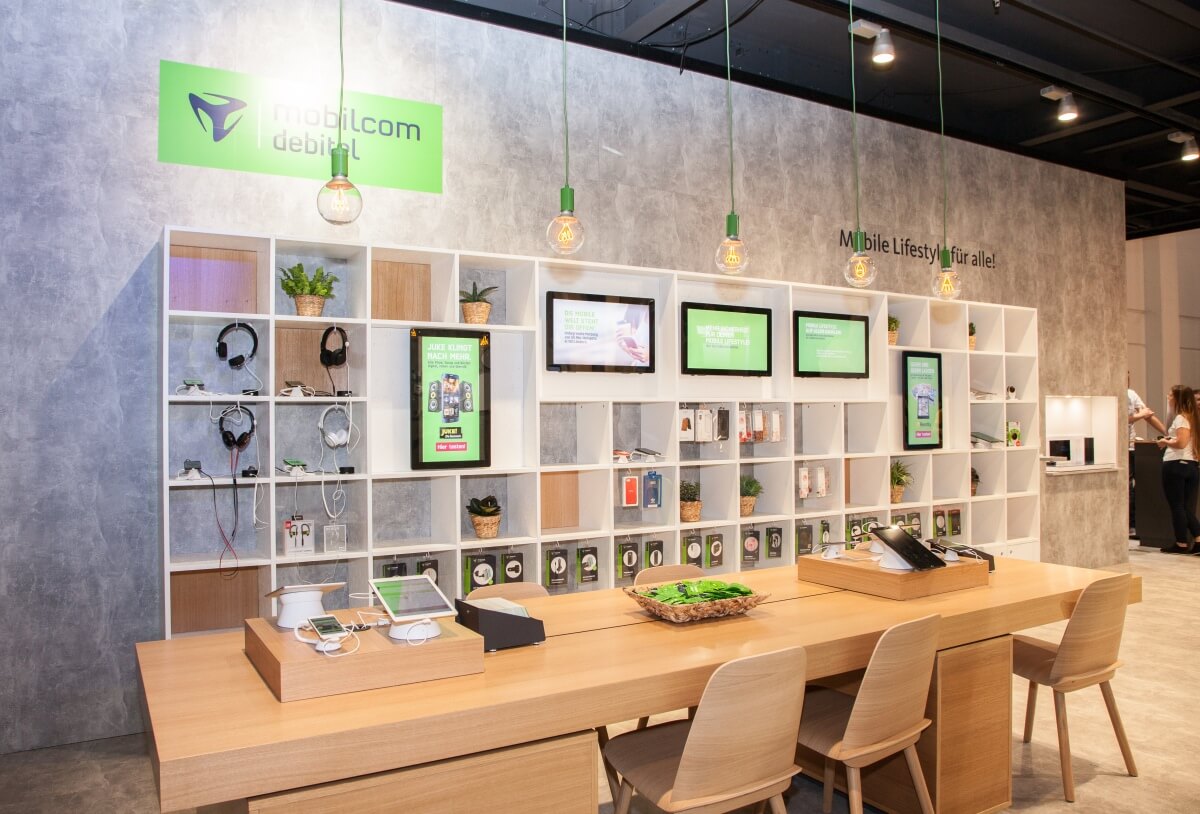 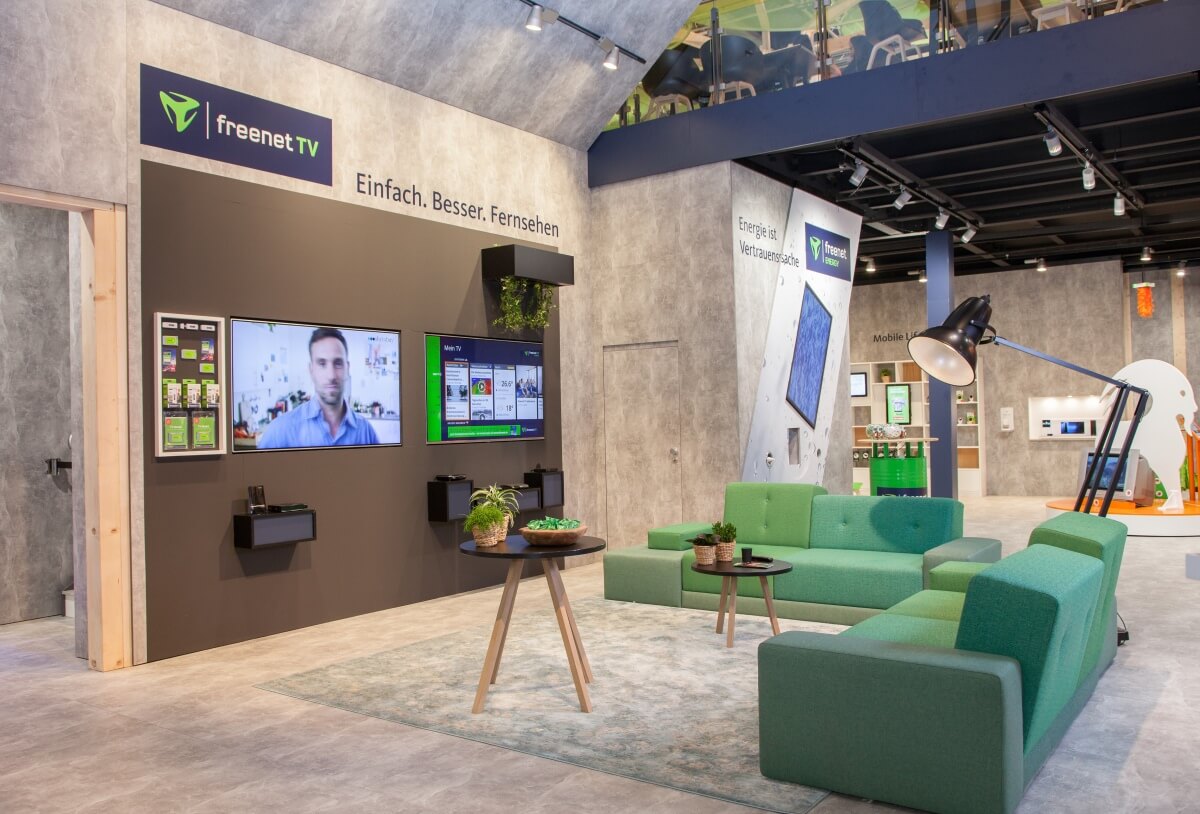 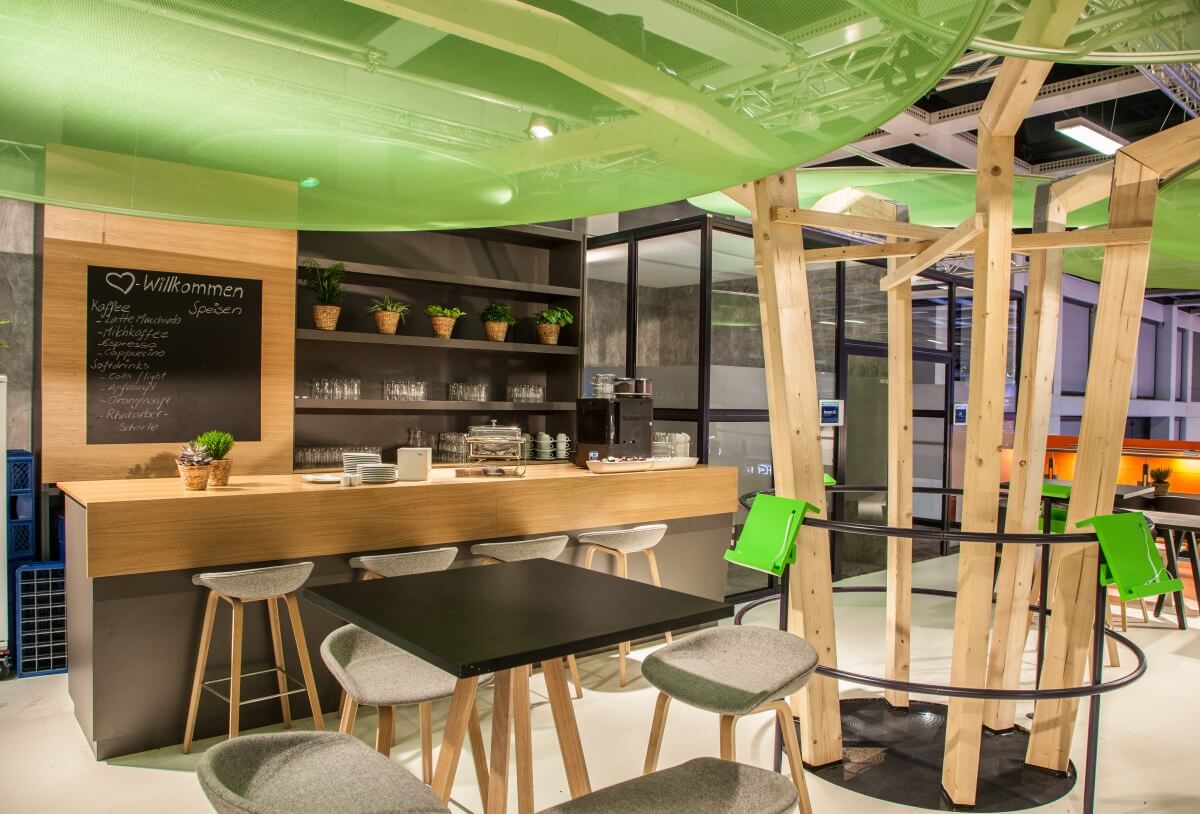 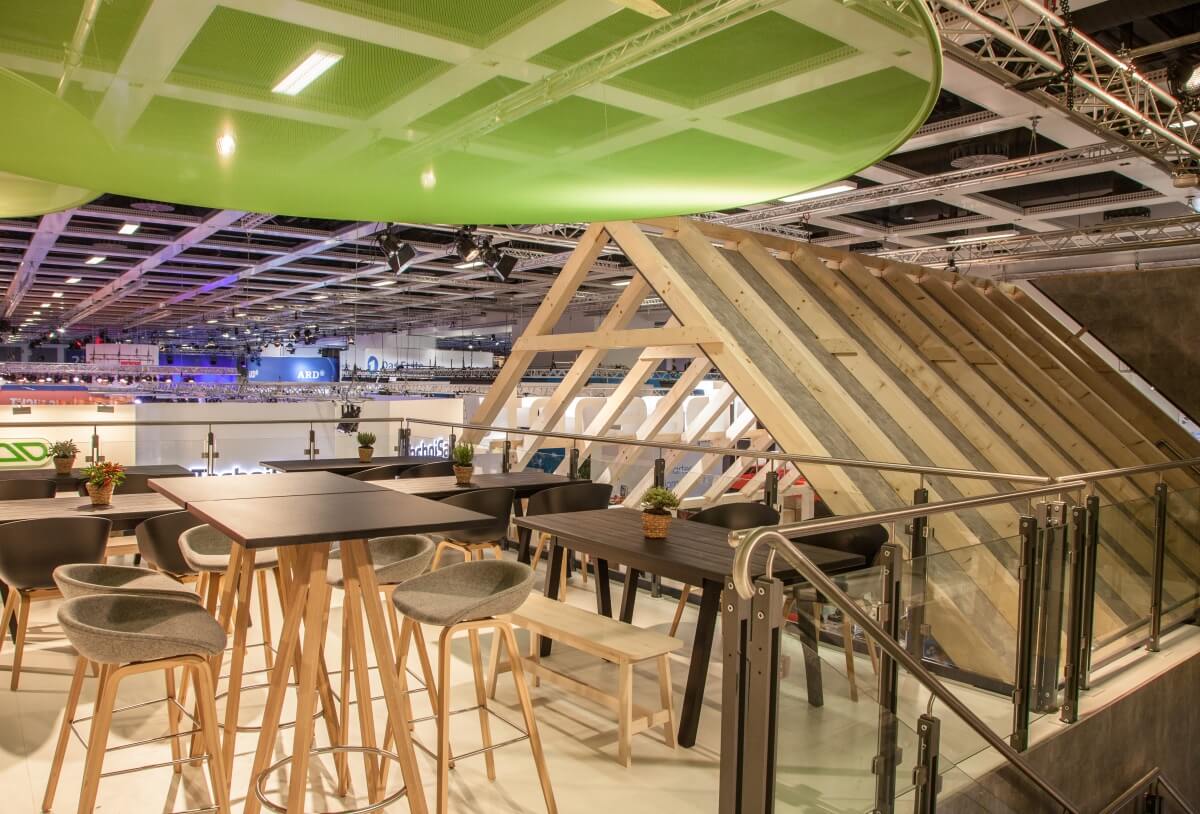 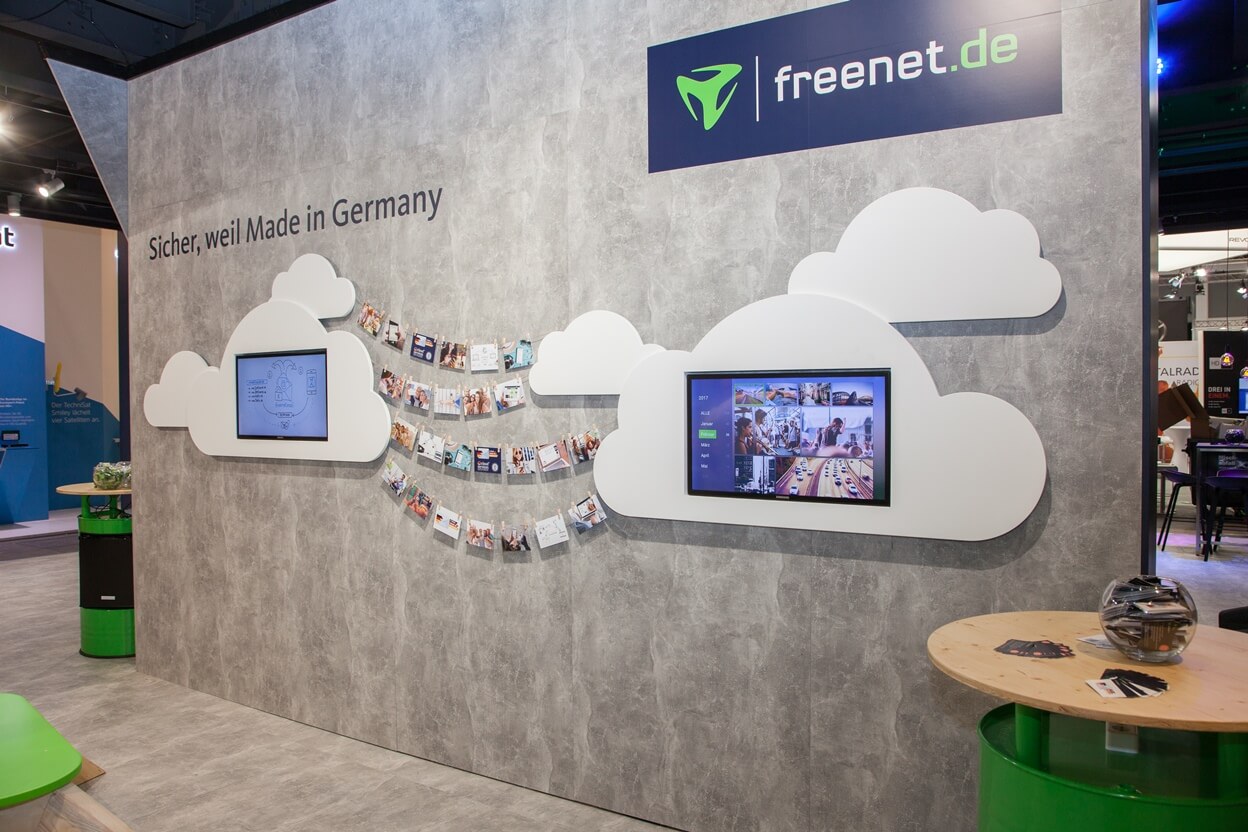 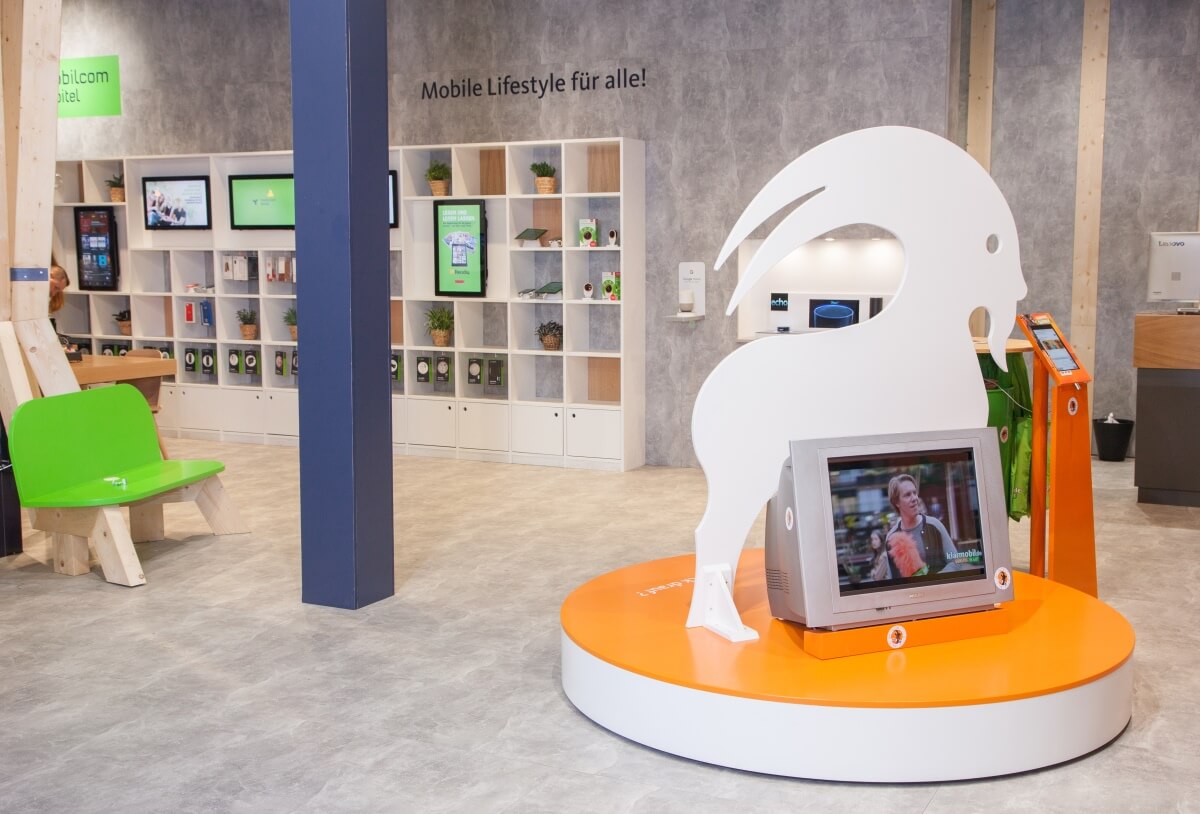 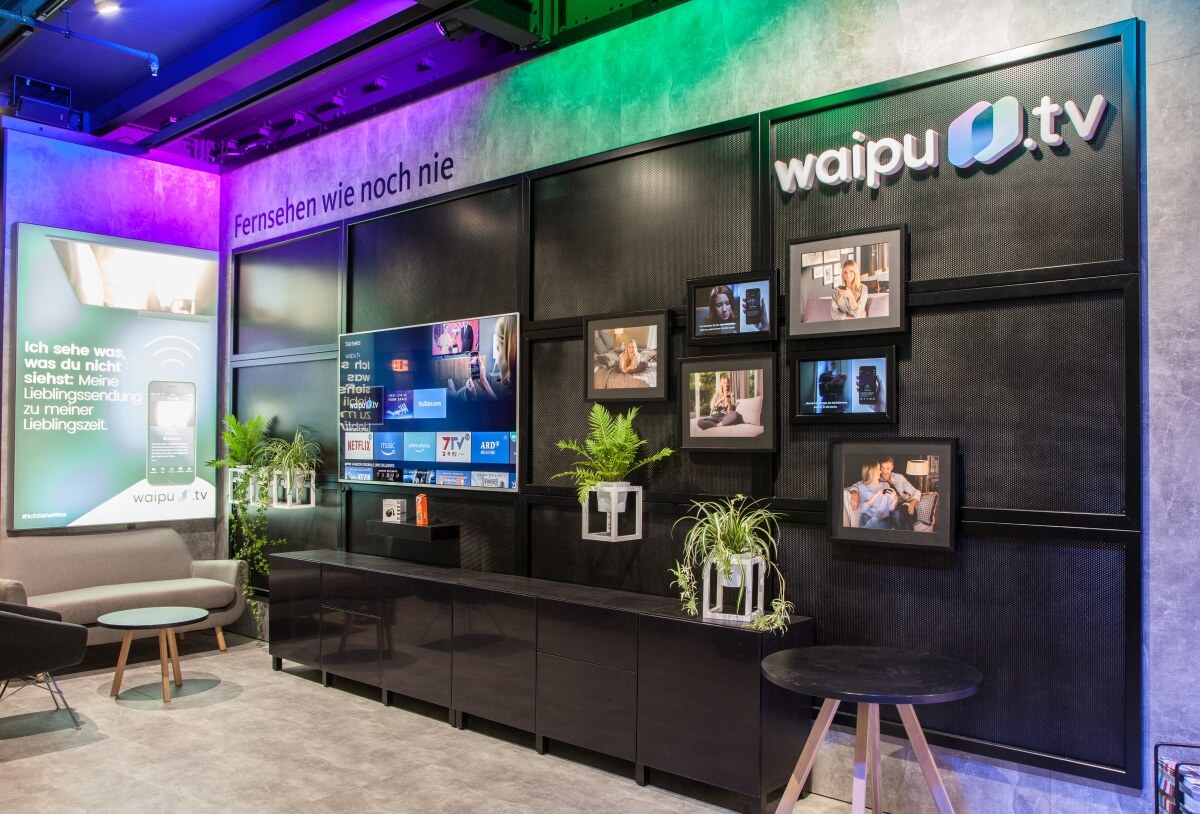 Everything was under a single roof for freenet AG at the Berlin IFA 2017. It was the first joint appearance of several corporate divisions at a trade fair stand. From mobilcom-debitel and freenet tv to waipu.tv, freenet energy, freenet.de and klarmobil.de, they all found their own brand area on the building-like design of the trade-fair appearance.

The rootedness and connectedness of the individual divisions, despite their competition in terms of content, was symbolised by an abstract tree whose “canopy of leaves” gave the B2B area a homely effect. The ambitious realisation of the trade fair stand with the extra high double storey, the many media applications and the high-quality finish was carried out by i.xpo. The concept was developed by the Berlin-based communication agency ACTINCOMMON in cooperation with the Essen-based agency imagepeople, which also had the overall responsibility for the exhibition stand. The collaborative and very focused cooperation of the three specialists led to an extremely high level of customer satisfaction.

For the IFA, Berlin becomes the technology capital – with stars and innovations to touch! Berlin rarely has so much to offer as during the IFA. Because the IFA is not only the hotspot for technology trends from all over the world, but also an open-air festival, cultural mile and red carpet all in one – simply IFAtainment pure.

The IFA 2017 welcomes more than 1,800 exhibitors who present their latest product highlights on a rented exhibition space of 159,000 m2. 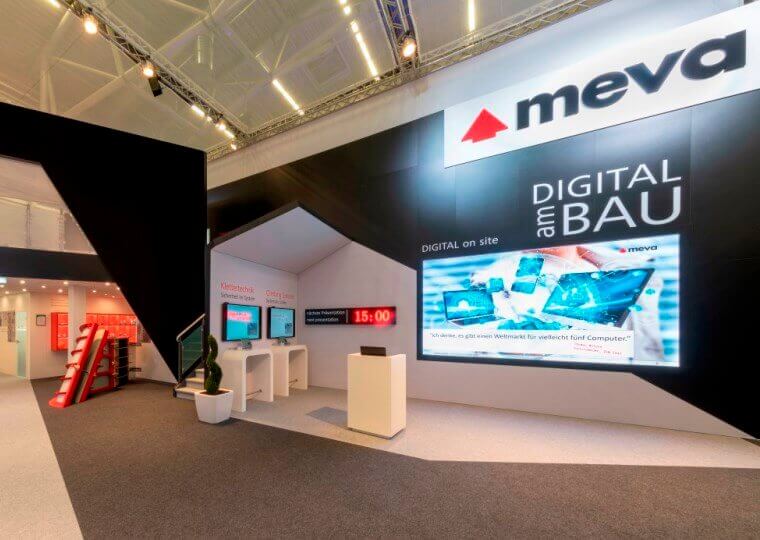 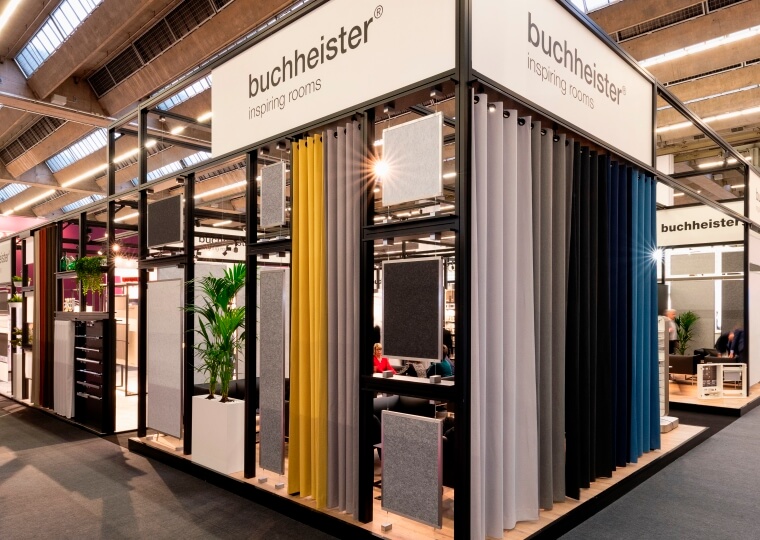 Construction up to 500 sqm 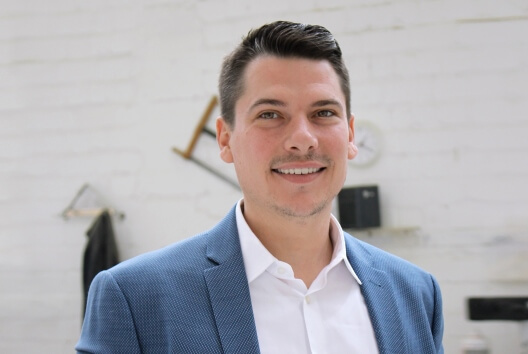